Uncle Nyax thanks God after surviving yet another deadly accident 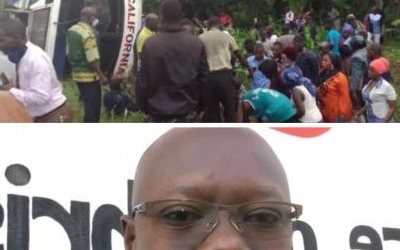 743 views
Not long ago,Radio Pacis' in the mood presenter and Westnile's comic star Uncle Nyax was involved in a nasty accident that almost saw everybody bidding him farewell. The latter has yet again been involved in another accident as he was coming back to Arua from Kampala ,36km from Luweero. He was yesterday in the Carlifornia bus that was involved in the accident but God pardoned his life though he sustained some minor injuries. Uncle Nyax took to his facebook page,thanking God for saving his life. "It's usually under such circumstances that you know God's grace surpasses all human understanding . Could imagine coming out alive from such a wreckage 36km from Luweero. May his name be praised"Nyax wrote. More prayers for Nyax as the accident scenario seems to be trailing steadily behind him.
Comments 0
No comments found
Leave a comment