ROCKY GIANT\'S FAMILY IS SEEKING 46 MILLION FOR HIS TREATMENT 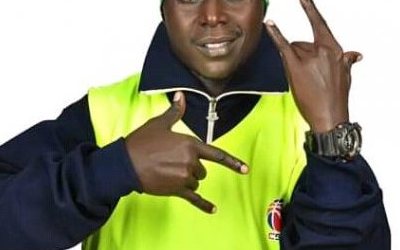 1,502 views
The family of Kampala based West Nile artist, Fred Geria (best known by his music name, Rocky Giant) is seeking for 46 million shillings to clear his medical bills. Rocky Giant who hails from Oleba Sub County in Maracha District is currently admitted and receiving treatment at City Hope Rehabilitation Centre located along Mpererwe-Gayaza road in Kampala. His elder brother, Robert Aluma reveals to Tone Touch Music that he will be discharged after 6 month but the family is unable to raise required amount of money. He says, only 2,800,000 out of the required 46,000,000 was paid and now calls for support from entertainment sectors and well-wishers to see his brother back again. In September 2020, a video clip in which Mark Bugembe (Buchanan) and his group members allegedly beating Rocky Giant went viral and the victim suffered health problems from the beatings. Since then, Rocky's health condition changed and not feeling well. The family is however hopeful that, his condition will improve after the estimated 6 months remaining for him to be discharged from the health centre. They are now appealing for support from West Nile region entertainment stakeholders and well-wishers to raise the balance and clear the bills. By time of compiling this story, Tone Touch Music was restricted from taking to Rocky Giant as he is still receiving treatment at the facility. To support the family and get any other information, connect with his Elder Brother, Robert Aluma on: 0774669267 or 0755223781.
Comments 0
No comments found
Leave a comment