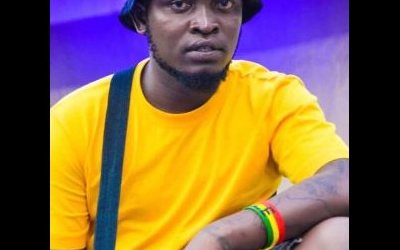 324 views
For you who has been following our stories, you must have read a story about Queen Gee's three alleged fathers to her unborn baby. Which included, Hassan da Big brother of access FM, Joshman perfection of Malcom records and yung Bizzo rap killer of the Madi based killer gang camp. Well Yung Bizzo the self proclaimed rap killer has come out to rubbish whatever has been said or written about him concerning the Queen Gee sagga, saying he doesn't know what their intentions are. Well all this sagga was headed by one Madi based record label called Yetunde boys, who came out and mentioned the three names listed above. But even though they were not sure who exactly did it, Yung Bizzo has been the first person to come out and exclude himself from the mess. He said that he won't sit down and watch his name that he put in alot to build and make it a brand being broken into pieces by greedy monsters who go on putting their noses in issues that don't concern them. He said he is a happily married man, a responsible and happy father as well. So they should atleast respect him for that matter because he doesn't want to lose his family in such nonsense. He also said that being a responsible man who takes responsibility of whatever he knows he is responsible for, he should have come out and told the whole world that he is the one responsible for the pregnancy, but since he hasn't done that, that means he isn't responsible. He said that he takes Queen Gee as a sister to him and that doesn't stop him from chilling with her but still it doesn't mean that he is responsible for her pregnancy.. He concluded by warning the Yetunde boys that they should respect themselves and leave his name alone or else he will teach them a lesson. And if atall they don't have work to do, he will give them one soon. Stay connected as we bring you more exclusive stories through the week ðŸ˜Ž
Comments 0
No comments found
Leave a comment